Insights: Rob Lovelace on the year ahead | Capital Group

Rob Lovelace on the year ahead

Investors who rode out the 2020 market turmoil know the value of patience in the face of adversity. A brutal recession and bear market was followed by the fastest rebound in history, with U.S. equity markets hitting new record highs throughout the fourth quarter and into 2021.

Should investors expect another wild ride amid an ongoing pandemic this year? Have technology stocks run too far too fast? Will U.S. stocks outpace other markets again?

Q: What’s your outlook for equity markets and the global economy in 2021?

Starting with the health issue, we’re going through a very difficult time in many countries right now, but we have the hope of the vaccine rollout. So even though I think we'll continue to have flare ups in different regions, we should be able to deal with them more effectively and they will have a diminishing impact on the economy.

In terms of the stock market, we hit the bottom last Spring and we are seeing signs of recovery everywhere. The U.S. and Europe have done relatively well, and emerging markets have been very strong, driven by China, where we are seeing not just a solid economic recovery but sustained growth going forward. Q: What are the key elements driving stocks higher amid the pandemic?

It’s been a unique market cycle. We had one of the fastest declines in history followed by one of the fastest recoveries in history. There’s never been anything like it before. At the beginning of last year, if we told people what would happen, relative to COVID and relative to the economy, no one would have believed U.S. stocks would be up 18% by the end of the year and nearly every market around the world would be in positive territory.

The reason we're seeing that broad-based strength is because there was a coordinated global effort to support markets and stimulate the economy. A lot of that stimulus has found its way into the capital markets, both stocks and bonds, and that’s a big part of the reason for the recovery we’re seeing now. Low interest rates and massive stimulus efforts — that’s the key framework and that’s why I feel fairly optimistic going forward, especially from an economic point of view.

The other piece is the great acceleration in many trends that were already in place before the pandemic. We’ve seen years of development and change happen in months — whether that’s new ways of working or the digitization of everyday life.

Q: During the market downturn in 2020, you said we were going through a valley but we could see the other side. Where are we in that journey?

I think we’re definitely at the stage where we are climbing out of the valley. That doesn’t mean it will be a smooth climb. We may still have some strong headwinds, especially on the health issue until more people are vaccinated. But by late 2021, in my view, we’ll be in the midst of a sustained recovery across the board.

The markets may be a slightly different story since they’ve already anticipated the benefits of the vaccine and the recovery. So this is a time to be really selective in terms of individual companies. I expect some volatility, maybe substantial volatility. And there will be some disappointments for sure. But you’ll want to stay invested because, as we are seeing in China right now, we are expecting a period of real sustained economic growth, building on the rewiring of the economy that we’ve seen with the rapid growth of digitally focused companies. 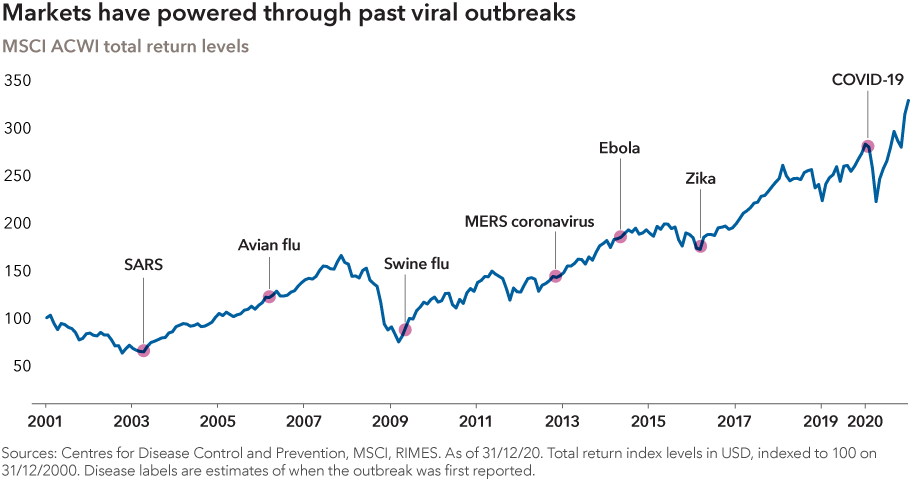 Q: Will U.S. continue to outpace other major markets as it has for the past decade?

It was an extraordinary decade. The U.S. benefited greatly from of period of incredible technology and health care innovation, and I expect many of those companies to continue doing well. But we are seeing a definite shift towards a more global benefit pattern. There are great companies all over the world capitalizing on these same dynamics.

For example while the U.S. has historically been the primary engine for innovation, leaders in cutting edge technology are now emerging across the world. If you look at digital payment volumes, for instance, this trend has been particularly striking in emerging markets. So the same pattern that has driven the U.S. market for the past decade is becoming more global. That’s why it’s so tricky to talk about U.S. verses non-U.S. We don’t think about it that way because it’s a global framework. We search for the best companies in the world, no matter where they are based. 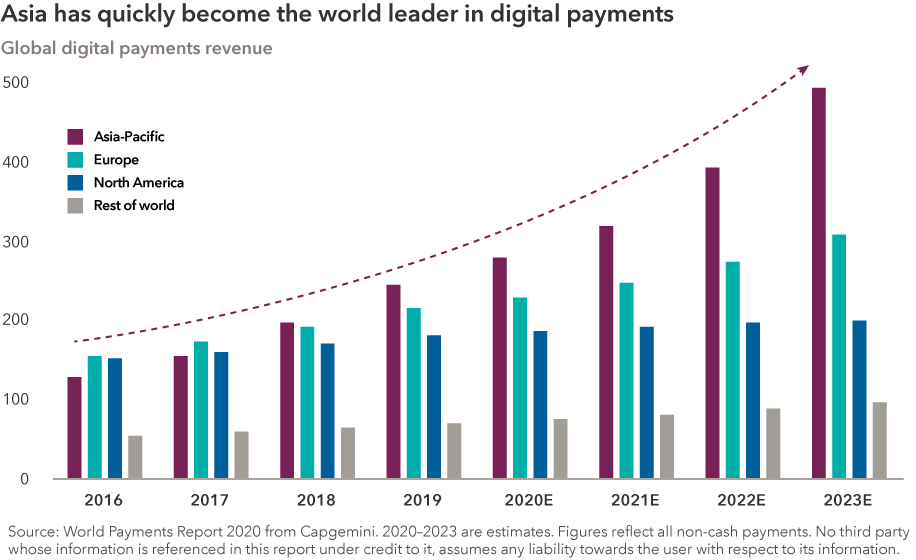 Q: What investment themes do you see playing out this year?

I’m focusing on pent-up demand. I think that's going to be a big theme offering a lot of compelling short-term opportunities — one of which is luxury goods. We’re seeing solid demand for Louis Vuitton bags and other luxury goods right now. A lot of that demand is coming from China because, as I mentioned earlier, the Chinese economy has already recovered strongly.

But there's also something else going on that we hear about when we talk to the distillers and the beverage companies. When given a choice, people are buying top-shelf alcohol. I think the sentiment is, “We’re all going through this very tough period, so if I’m going to buy whisky for my home, it’s going to be the best whisky.” We’re seeing a lot of consumer facing companies with surprisingly good demand. And, of course, just about anything that touches the digital world is doing well. So those are a couple themes that I think will remain relevant for investors this year and beyond. Q: Let’s take a look at the long-term picture. How will life be different in 2030?

That’s not a hypothetical question for me. In the portfolios that I manage, my average holding period is about eight years, so I’m living that approach to investing. Clearly some things have fundamentally changed. We will have hybrid work and meeting structures, which in some ways are better than having everyone fly in for a big conference. There will be a lot more digital interaction.

But I think we've also come to appreciate that human contact matters. We want to see each other in person so we can brainstorm and build off each other's thinking. So I think we'll see a world in which business travel comes back and we'll have a lot of interaction again, but I think it's going to be more intentional and thought out than in the past.

We’re all much more comfortable now in a digital world. Countries like India are getting rid of physical currency — they're adopting digital payments, and there will be less resistance to it because we’ve all become used to a world where paying in cash isn’t necessarily the best way to go. There’s just a different mentality today.

We may also see a shift from larger cities in North America and Europe towards smaller cities due to the expansion of digital connectivity. We're looking at those shifts and thinking about how they're going to impact our portfolios. I think the ubiquity of high-speed connectivity will be a game changer over the next 10 years. Rob is vice chairman and president of The Capital Group Companies, Inc., chief executive officer of Capital Research and Management Company, and an equity portfolio manager. Rob has 34 years of investment experience, all with Capital Group. Earlier in his career, Rob covered global mining & metals companies as an equity investment analyst. He holds a bachelor’s degree in mineral economics (geology) from Princeton University. He also holds the Chartered Financial Analyst® designation.