Bond markets have stabilised following the extreme shock to markets in March, as governments and central banks stepped in to help alleviate financial and market stress. Their responses have been relatively swift and extensive compared with past crises such as the Global Financial Crisis. This has so far helped prevent an even greater economic decline, through interest rate cuts, bond buying, lending programmes and providing liquidity.

We are now, arguably, entering a new phase in which markets will come to terms with the fact that the macroeconomic environment will be challenged. It may take years, not quarters, to return to Q4 2019 levels of gross domestic product (GDP). Unemployment rates are also likely to remain elevated. It seems more likely that the real economy will see something shallower than a V-shaped recovery (which is typically characterised by a quick and sustained recovery in measures of economic performance after a sharp economic decline). The temporary shutdown of the global economy is a unique event and it will take time to recover.

As we enter this new reality, it is becoming increasingly clear that the low interest rate environment that has prevailed in recent years is probably here to stay at least over the medium term. Central banks will likely err on the side of being conservative and accommodative – or, in other words, will seek to implement measures designed to stimulate the economy when it is slowing such as lowering interest rates or quantitative easing. For instance, the federal funds futures market, which represents market participants’ expectations of where interest rates are heading, is pricing the federal funds rate at 0%–0.25% well into 20231. We can expect to see the balance sheets of the European Central Bank, Bank of Japan and US Federal Reserve (Fed) reaching a combined US$20–25 trillion2. There will likely also be many more announcements of fiscal stimulus programmes and extensions of expiring programmes. 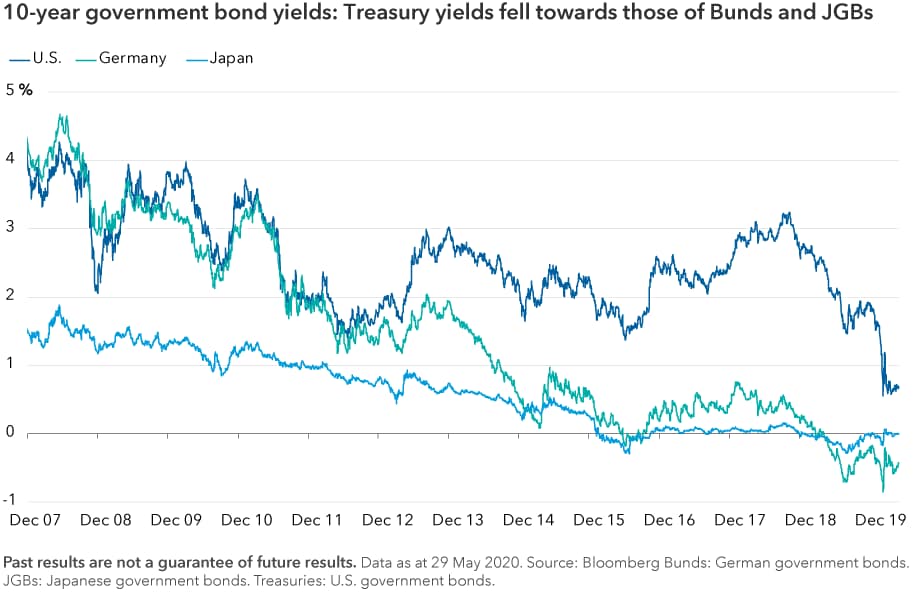 Central banks have so far played a pivotal role in supporting markets, but what is perhaps even more striking is the power they have through their intentions alone rather than their actions per se. For instance, corporate bond spreads3 narrowed significantly when the Fed announced it would expand its reach to the corporate bond sector, despite the announcement coming well before any investments were actually made. Indeed, the Fed did not actually buy any corporate bonds until 12 May, when it purchased corporate bond exchange-traded funds (ETFs), but its commitment alone helped calm the markets.

The Fed’s unprecedented intervention — including a pledge to buy corporate credit — was very quick and highly coordinated with the US Treasury Department. This high level of coordination between the US government and the Fed led to a rapid and material response to the crisis, which helped halt the decline in risk asset markets, including the equity and credit markets. But other central banks and governments around the world have also played their part through monetary and fiscal stimulus measures. Following an initial period of credit spread tightening, spreads levelled off somewhat. This has mainly been as a result of the large volume of new supply of bonds that the credit market had to absorb, as companies sought to issue bonds to shore up cash on their balance sheets before an anticipated recession takes full effect. 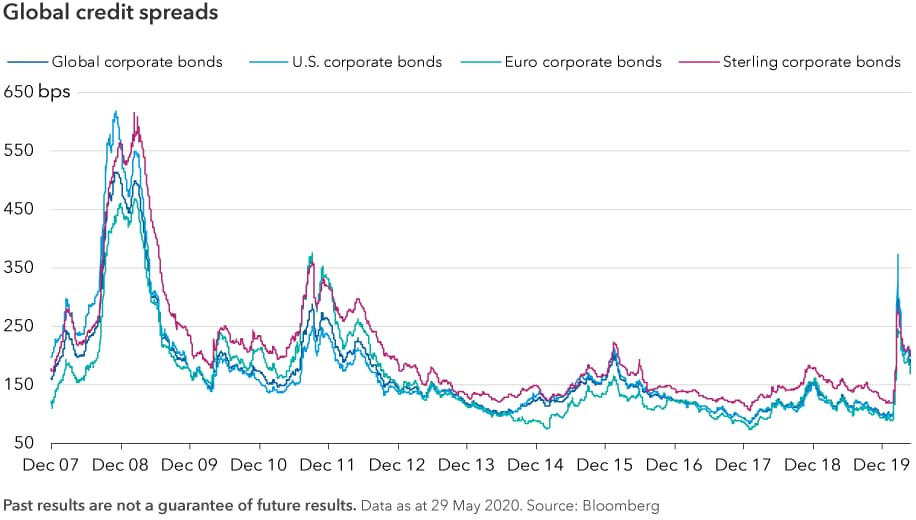 While central banks can help shore up liquidity for companies that would otherwise have been solvent were it not for the economic shutdown, we would expect to see a fall in corporate earnings and a rise in defaults. The nature, scope and velocity of the current shock has been unprecedented, and much uncertainty still remains. Although governments and central banks have helped to limit the depth of the shock, only time will tell how long it will persist. Similarly, the length and severity of the global recession is also uncertain. Developments related to COVID-19 continue to be a key driver of investor sentiment and will likely continue to produce market volatility, at least in the near-to-medium term.

Against that backdrop, we believe it is imperative to maintain a balanced and diversified investment approach with a strong focus on active fundamental research. While we are likely to continue to experience elevated market volatility over the coming months, in our view it is important to remain focused on the medium to long term.

3A credit spread is the difference in yield (the expected return on an investment over a particular period of time) between a government bond and another debt security of the same maturity but different credit quality. Credit spreads are measured in basis points, with a 1% difference in yield equal to a spread of 100 basis points. Credit spreads typically measure the perceived riskiness of a corporate bond relative to a safer investment, typically the equivalent government bond – the wider the spread the riskier the corporate bond. A period of tightening reflects a decrease in this perceived credit riskiness. 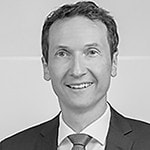 James is a fixed income investment director at Capital Group. He has 28 years of industry experience and has been with Capital for two years. He holds a master's of commerce from the University of New South Wales, Australia and a bachelor's degree in business from the University of Technology, Sydney. James is based in Singapore. Jeremy is a fixed income investment director at Capital Group. He has 33 years of industry experience and has been with Capital Group for four years. He holds the Chartered Financial Analyst® designation.