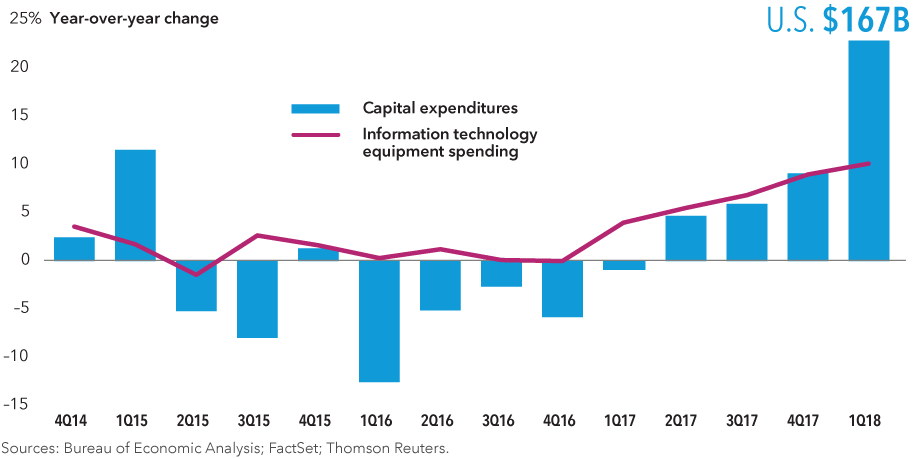 
Higher spending on technology, equipment and facilities could ease worries that S&P 500 companies have reached a peak in their profit growth. The spending could also give the U.S. economy a fresh set of legs, and help extend an expansion now in its ninth year. In addition to capital spending, a solid jobs market, rising corporate profits and healthy industrial production point to the U.S. economy continuing to grow through this year and possibly beyond.