6 things every advisor should know about the SECURE Act 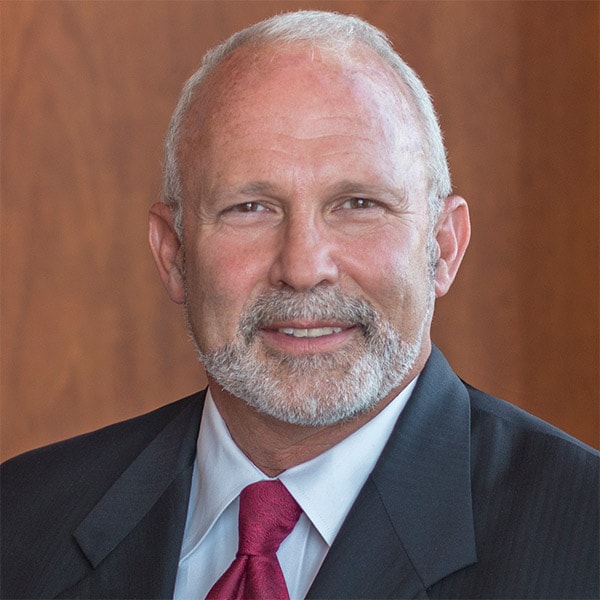 
The Setting Every Community Up for Retirement Enhancement (SECURE) Act is the most significant retirement-related legislation in more than a decade. Among many provisions, the law allows savers to delay required distributions, make penalty-free withdrawals for certain expenses and offers new tax incentives for small-business retirement plans.


Here’s an overview of some of the key measures taking effect in 2020:


1. Savers can wait until age 72 to take required minimum distributions


The new age threshold applies to individuals who reach age 70½ in 2020 or later. Those who turned 70½ in 2019 will not be able to take advantage of the new law and will still need to take required distributions on the previous timeline.


Notably, the age threshold for making qualified charitable distributions (QCD) from an IRA remains at 70½. This means there’s a one- to two-year period during which an individual does not have to take distributions from their IRA but can still make QCDs on a pre-tax basis.


The stretch provisions for many inherited retirement accounts have been eliminated and replaced by the 10-year distribution rule. That means beneficiaries who inherit retirement accounts in 2020 or later, instead of being able to stretch out the distribution of the account over their life expectancies, must have the entire account disbursed to them by the end of the 10th year following the year of inheritance. Along with this acceleration of distributions comes an acceleration of the income taxes with respect to these distributions. However, because there are no additional distribution requirements within that 10-year period, beneficiaries may have some new opportunities to optimize tax efficiency, given the flexibility to time distributions (or defer them entirely) during the 10-year period.


Certain beneficiaries are excluded from the 10-year rule and can still abide by the old lifetime stretch rules, including a surviving spouse, a child of the original account owner who has not reached the age of majority (but only until they reach the age of majority), a beneficiary that is less than 10 years younger than the deceased account holder, and chronically ill or disabled beneficiaries. If instead of an individual a trust is named as the beneficiary of an inherited retirement account, the trust should be reviewed by an estate plan attorney. Specially designed trusts often referred to as see-through trusts were likely drafted in accordance with the old lifetime stretch provisions, and the application of the new legislation could result in inconsistencies and unintended consequences.


3. Contribute to a traditional IRA past the age of 70½


4. Make penalty-free withdrawals to help with the birth or adoption of a child


New parents may take $5,000 per person in penalty-free withdrawals from retirement accounts to help with birth- or adoption-related expenses. That means a couple can withdraw $10,000 per child. The withdrawal must be made during the one-year period following the birth or finalized adoption date of a child. The withdrawals are included in taxable income. The amount may be repaid at a later time as an additional contribution to a parent’s retirement account, which can be over and above an individual’s standard contribution limits.


The requirements around the timing of these repayments and their tax consequences are still a bit unclear. Further clarification is likely to come from future regulations by the U.S. Treasury Department.


5. Take a look at the new incentives for small-business retirement plans


Small businesses starting their first-ever retirement plans have been eligible to receive a federal tax credit to offset 50% of the expenses incurred by the employer in connection with the plan. That tax credit can be used for up to three years after the plan’s launch. The SECURE Act significantly increases the tax credit from a maximum of $500 a year to $250 for each non-highly compensated employee who is eligible to participate in the plan, up to $5,000 a year. The credit is available for SIMPLEs, SEPs and 401(k) plans.


6. Be aware of expanded eligible expenses for 529 accounts


529 plans may now be used to pay for certain student loan expenses up to a $10,000 lifetime maximum as well as certain apprenticeship program expenses. The act makes these changes retroactive to distributions made after December 31, 2018.


In addition to using 529 funds to pay the account beneficiary’s student loan debt, up to $10,000 can be used to pay down the student loan debt of each of the beneficiary’s siblings. Keep in mind, if withdrawals are used for purposes other than qualified education expenses, the earnings will be subject to a 10% federal tax penalty in addition to federal and, if applicable, state income tax. 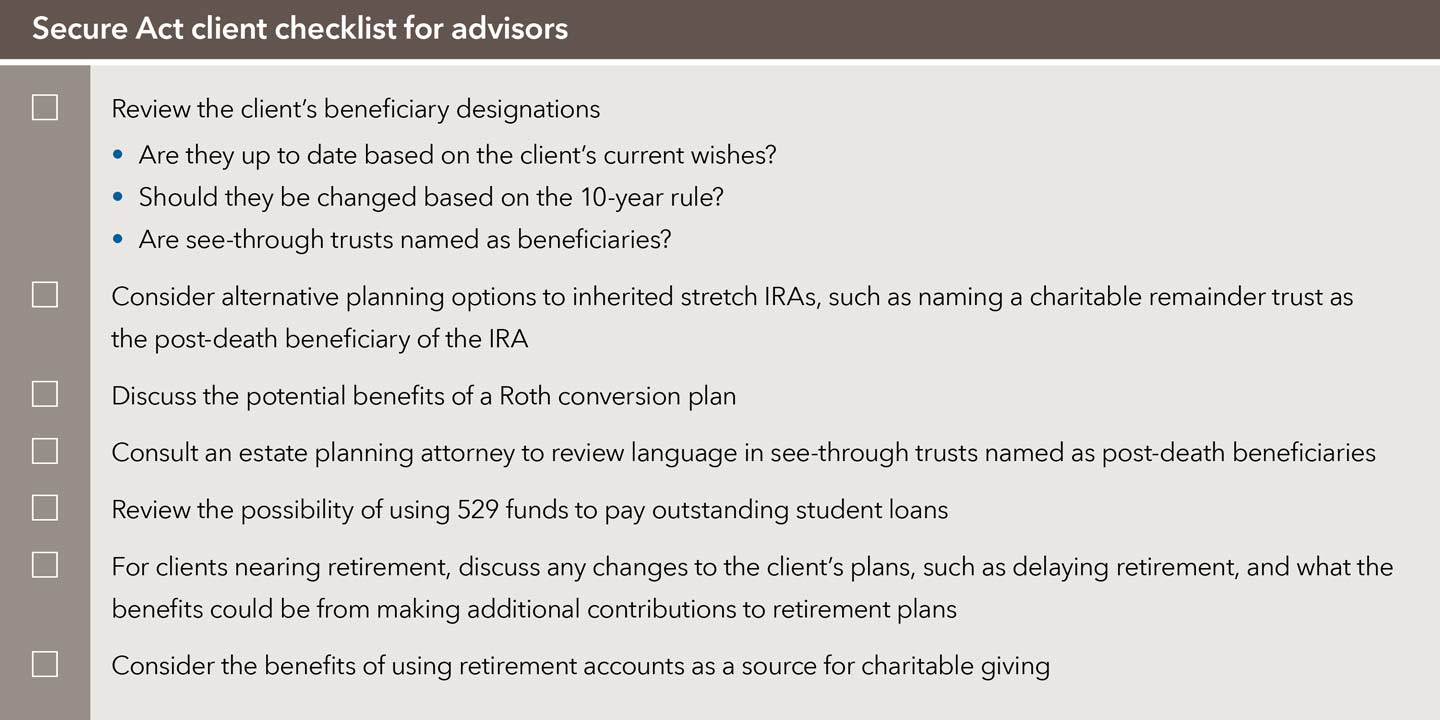 Leslie Geller is a wealth strategist at Capital Group. She has 13 years of experience and has been with Capital for one year. Previously, Leslie was a partner at a law firm where she advised high net worth clients on matters related to taxation, wealth transfer and family governance. She earned an LLM in taxation from New York University School of Law, a juris doctor from Boston College Law School and a bachelor’s degree from Washington and Lee University.

Jeff Brooks is a wealth strategist with 23 years of industry experience. Prior to joining Capital Group in 2018, he worked at UBS Financial Services and Merrill Lynch/Bank of America. Earlier in his career, Jeff practiced probate, trust and estate law. He earned his law degree and a bachelor's in broadcast journalism from the University of Missouri. He is a member of the Missouri Bar.